At the outset of the Civil War, Wheelock Veazey enlisted as a private in the 3rd Vt. Regiment, and was thereafter elected Captain. Within 4 months of enlisting, he had advanced to the rank of Lieutenant Colonel at the age of 25. In September, 1862, Mr. Veazey was promoted to Colonel, and assumed command of the 16th Infantry.

Colonel Veazey was awarded the Medal of Honor at Gettysburg, as commander of one of the three regiments of the 2nd (Stannard’s) Brigade that broke Pickett’s charge.

From a display at the Vermont Historical Society Museum:
“On July 3, after heavy shelling, Confederate General Pickett charged the line of the 16th. Unexpectedly, the rebels changed direction and exposed their flank to the Vermonters. The 16th fired until most of Pickett’s division was killed, wounded or captured. When another rebel line appeared, an alert Veazey, after consulting with General Stannard, charged them until they broke and surrendered. The battle was over. When Stannard was wounded Veazey was put in charge of the brigade, which chased Lee’s army back to Virginia……Colonel Veazey would later receive a Medal of Honor for his distinguished gallantry at Gettysburg.”

Colonel Veazey opened a law practice in Rutland after the Civil War. He was a long time, prominent resident of Rutland, and became a successful lawyer and law partner of Redfield Proctor. Veazey served as Chief Justice of the Vermont Supreme Court, Trustee of Norwich University and also Dartmouth College, and national Commander-in-Chief of the Grand Army of the Republic (GAR). He died on March 22, 1898. and is buried with his wife Julia Beard Veazey in Arlington National Cemetery. 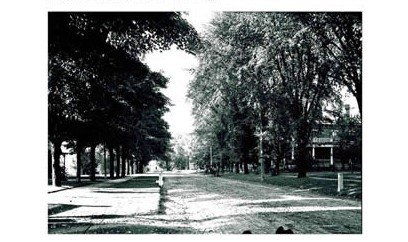